Kinship Conservation Fellows delivered its second regional workshop in mid-July in Kenya. As with other locations identified for regional training, conservationists in Kenya have been challenged to apply market-based tools in their work. Yet here, there is a generation of practitioners eager to learn incentive-based approaches to conservation—approaches that actively engage the local communities.

“The major reason we chose Kenya as a workshop site is because for many years the government policy has been focused on wildlife being used for tourism, but the state owns wildlife,” said Nigel Asquith, program director for Kinship Fellows. “So there’s been a fundamental mismatch between the people who are being impacted by wildlife in the local communities and the people who are getting the benefits from the wildlife being protected. We thought we could bring some of the tools that we’ve learned through the Kinship Fellowship, and start exposing Kenyan people to this idea that actually wildlife is better conserved when the people that are bearing the cost of that wildlife can actually gain some benefits too.”

Kinship Fellows who are based in the region had a role in delivering the workshop and are especially optimistic to see younger conservationists embracing market-based approaches in order to advance conservation.

“Market-based approaches are generally a new concept in Kenya. Most of us have been doing something that could be interpreted as market-based conservation but we didn’t know much about it,” said Faith Muniale (2014), who works on ecosystem services that benefit local communities. “There’s a generation of young people coming up that challenge some of the old theories that have been used in conservation. Being able to learn more about the theory and now having more tools as well as a network of young practitioners with this kind of thinking is very important here in Kenya.”

“Having the workshop in Kenya was a dream come true for me, providing a platform for engaging with much younger and enthusiastic practitioners from East Africa,” said Njenga Kahiro (2013). “I believe the workshop inspired the participants to pursue market-based conservation approaches in their work.” 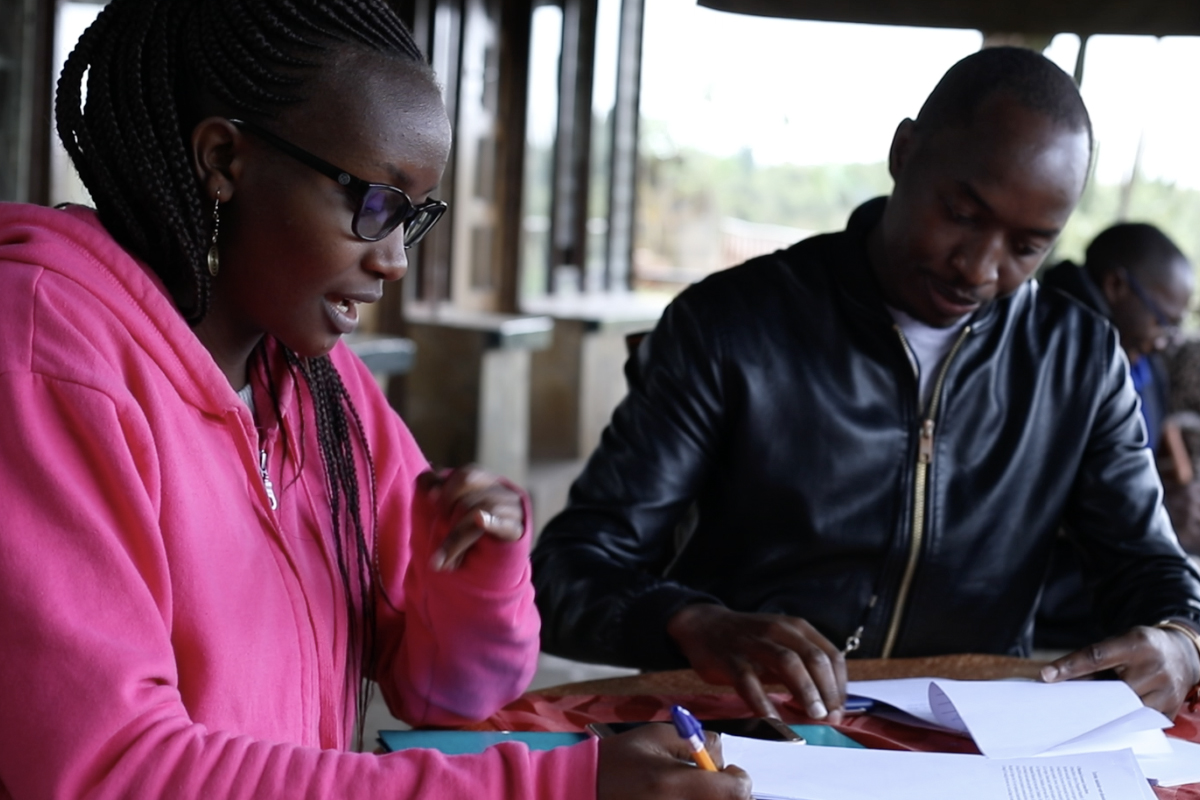 "With the knowledge that I gained in this workshop, I hope to incorporate market-based practices when designing future projects." --Margaret Wambua, Laikipia Wildlife Forum (left) 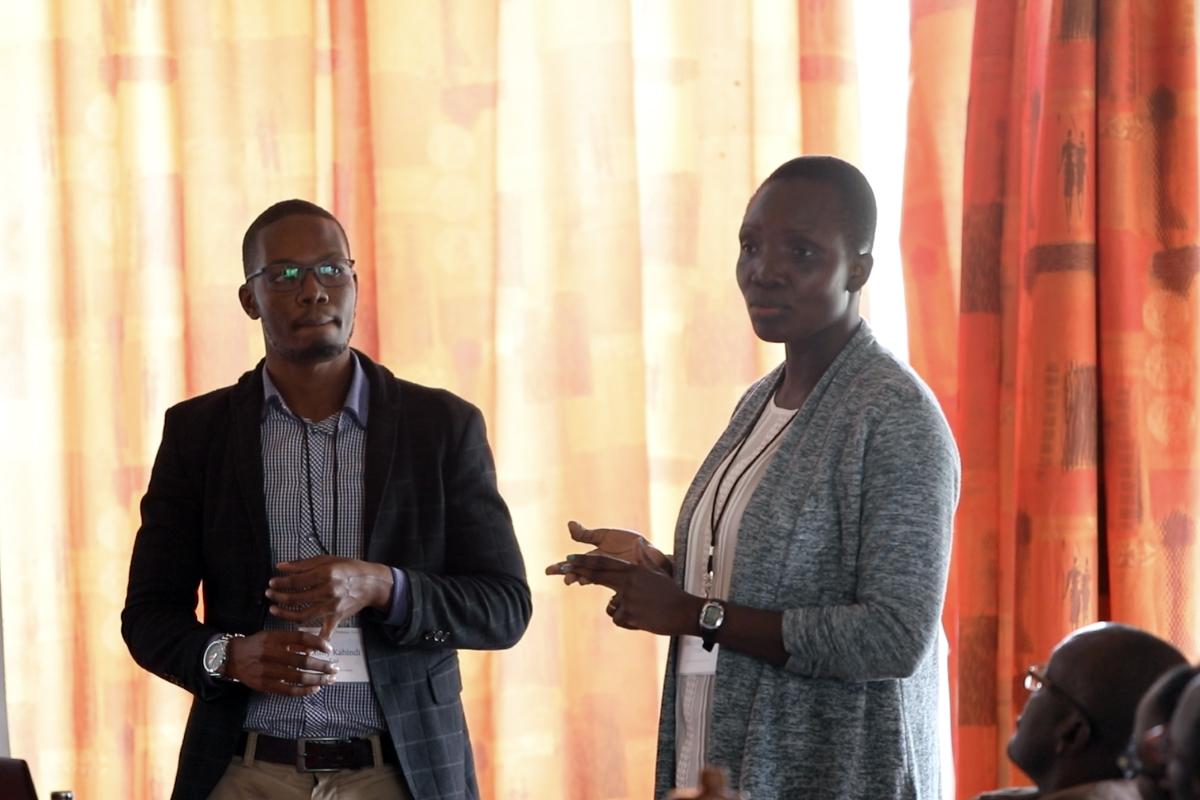 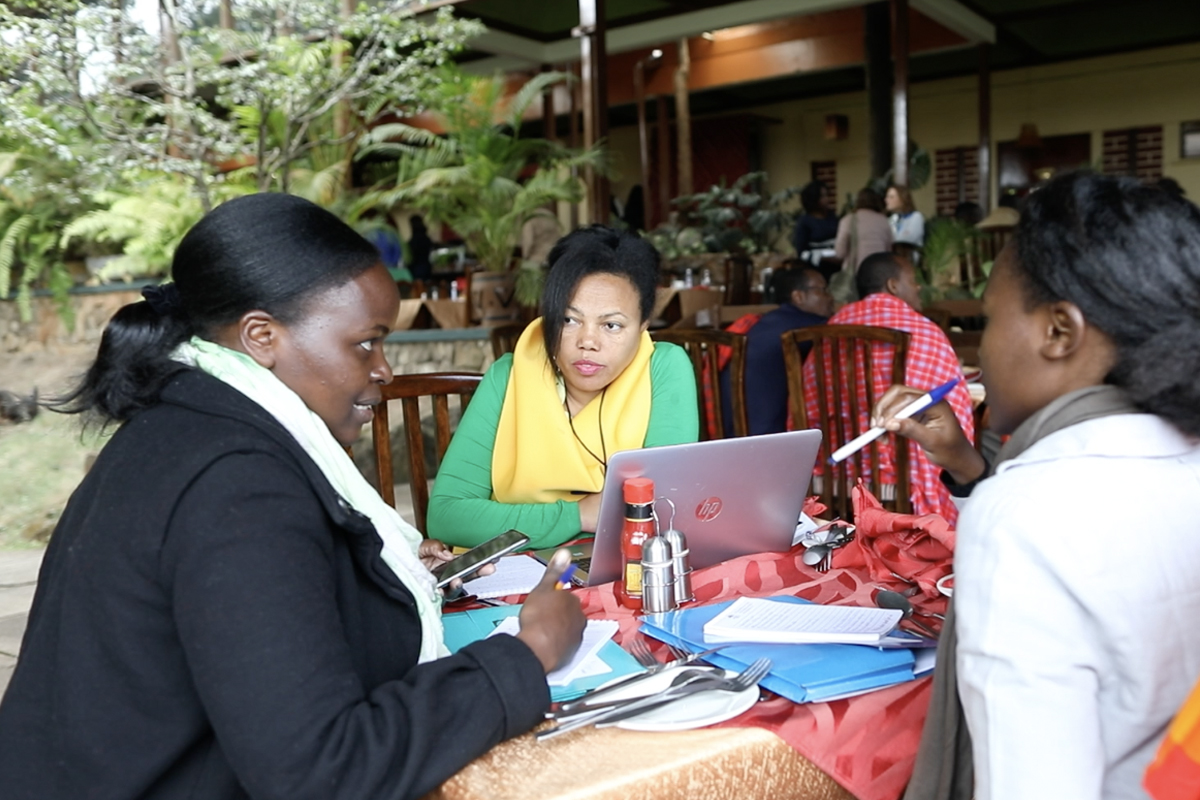 Participants in a brainstorming session. 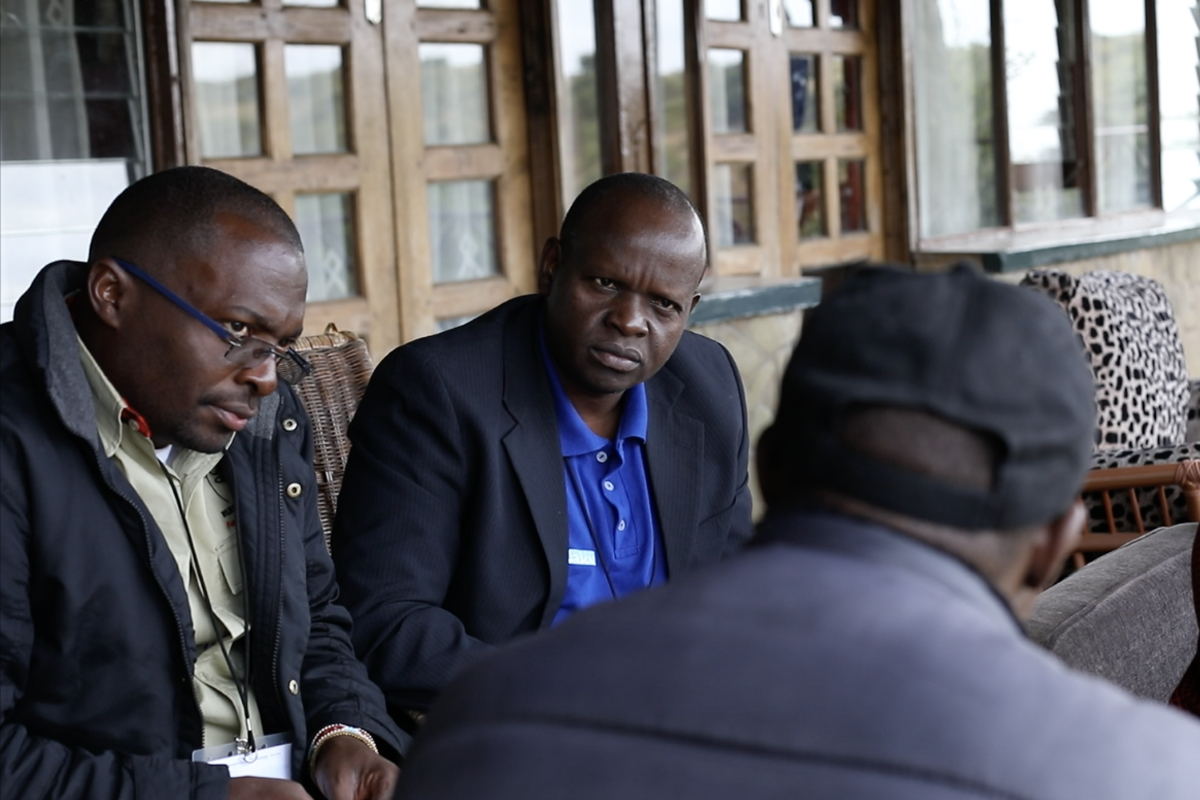 "I learned how I can diversify revenue streams for the local community, and I have new ideas for generating income using available resources." --Evans Sitati, Mara Siana Conservatory (left) 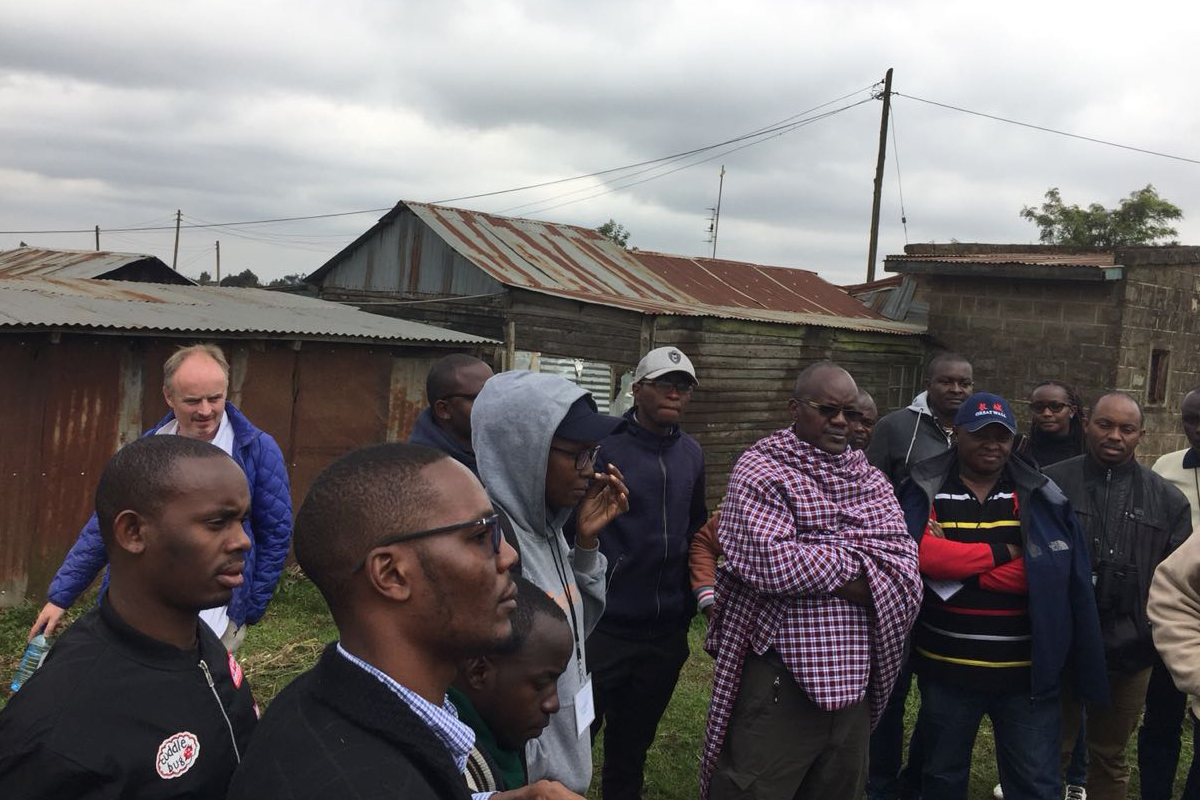 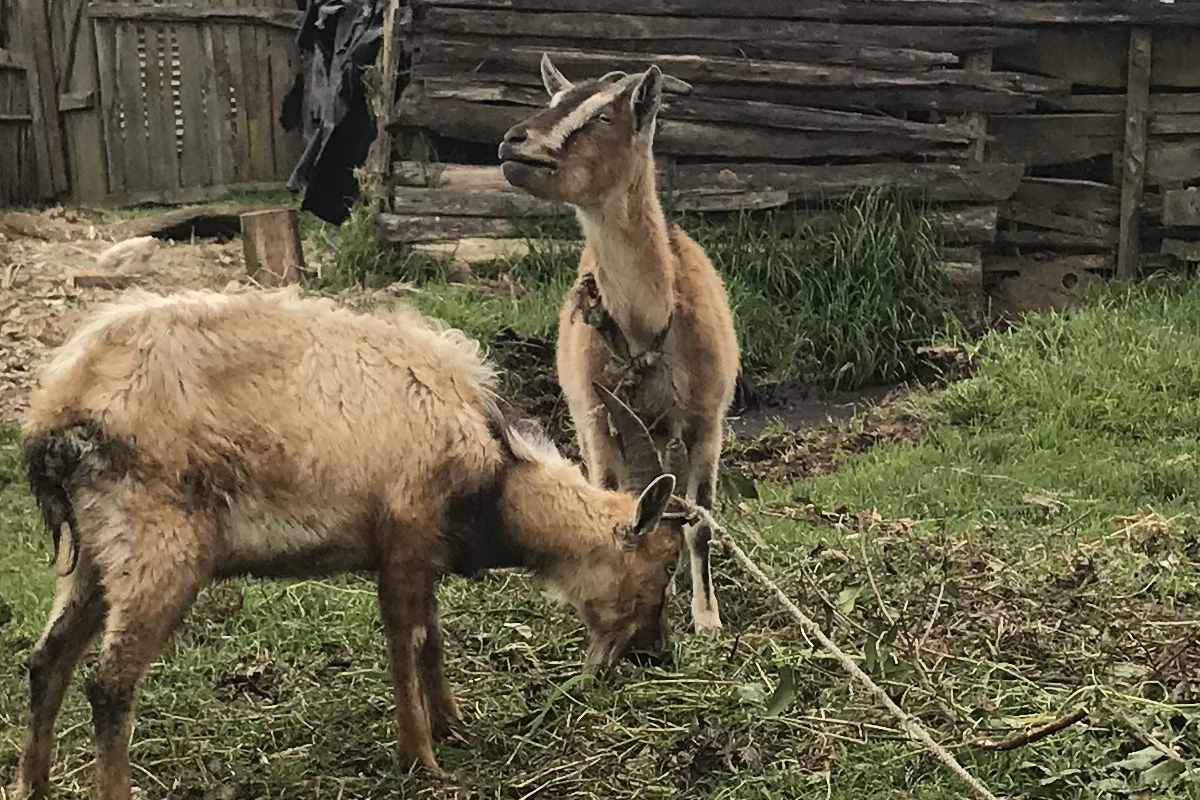 Many participants who attended the workshop had some knowledge of market-based conservation, but looked to the training to expand their understanding of putting these concepts into practice, including Phoebe Orina, a senior development officer at Kenya’s Water Resource Authority. “As a water resource regulator who works with communities in the water sector, conservation is of key importance in ensuring good water quality and quantity,” said Phoebe. “I attended the workshop to learn best practices that are being used in conservation globally. I want to understand how to change people’s attitudes towards conservation. The communities have solutions to the problems they face. We need to leverage what is already familiar to them to bring about change.”

In the case of Kenya, projects presented at the workshop helped to dispel the notion that conservation can only be accomplished by the government. “We can bring the idea that market forces or incentives can help conserve wildlife and that communities can do their own conservation projects from the bottom up using incentives,” said Nigel. “It is something we’ve seen happen around the world. And it’s something that can be done in Kenya.”