Apply for the 2022 Fellowship!

Resources about the practice of market-based conservation.

The Calming Waters of a Marine Biologist

While natural for Tanya Bryan (2010 Fellow) to sidestep praise, you can see her footprints in the field of marine conservation from coast to coast, and across the pond. So how did a girl from the land of the ice and snow, smack dab in the middle of the Great White North, find her life’s work in the marine environment? 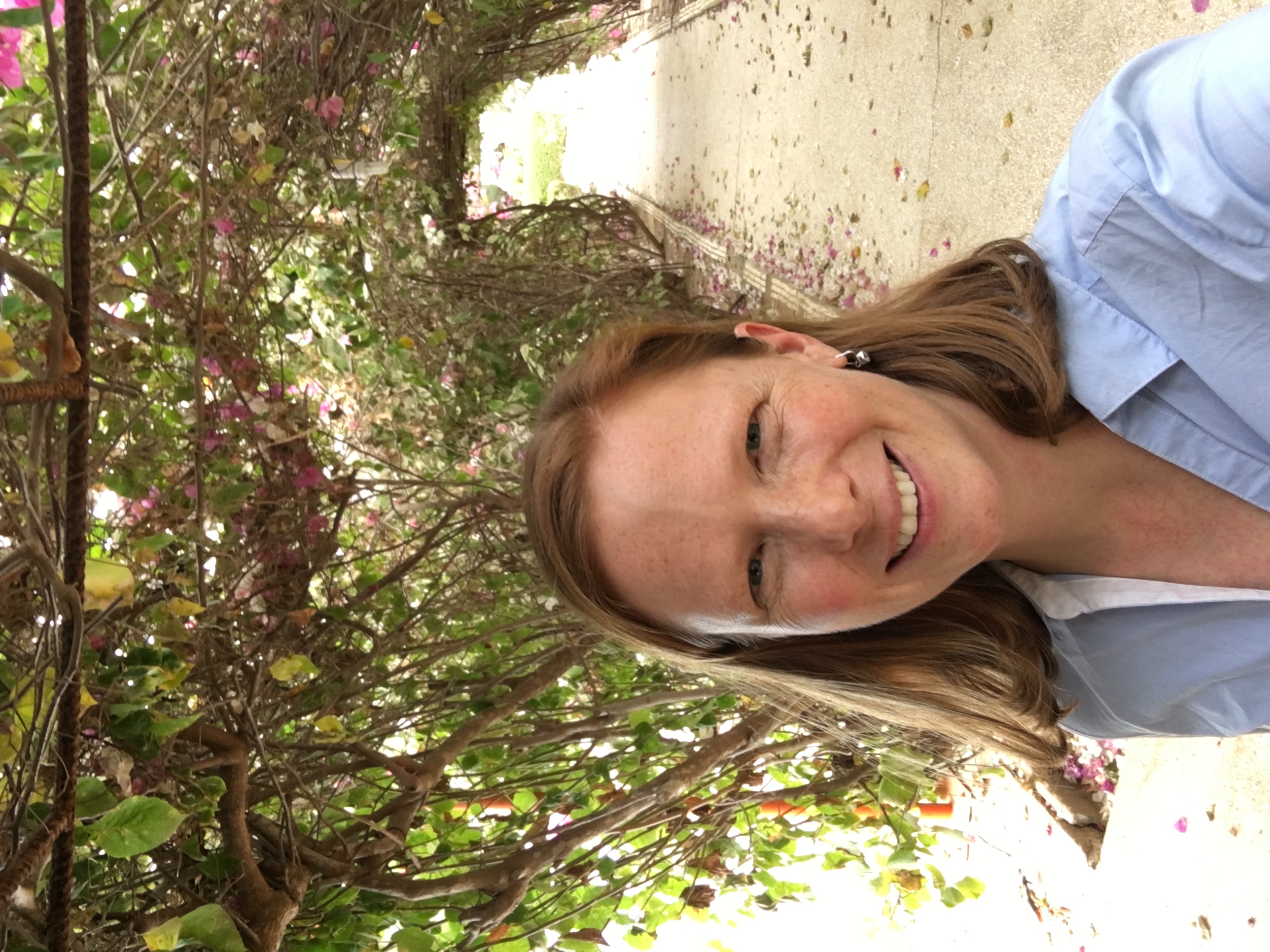 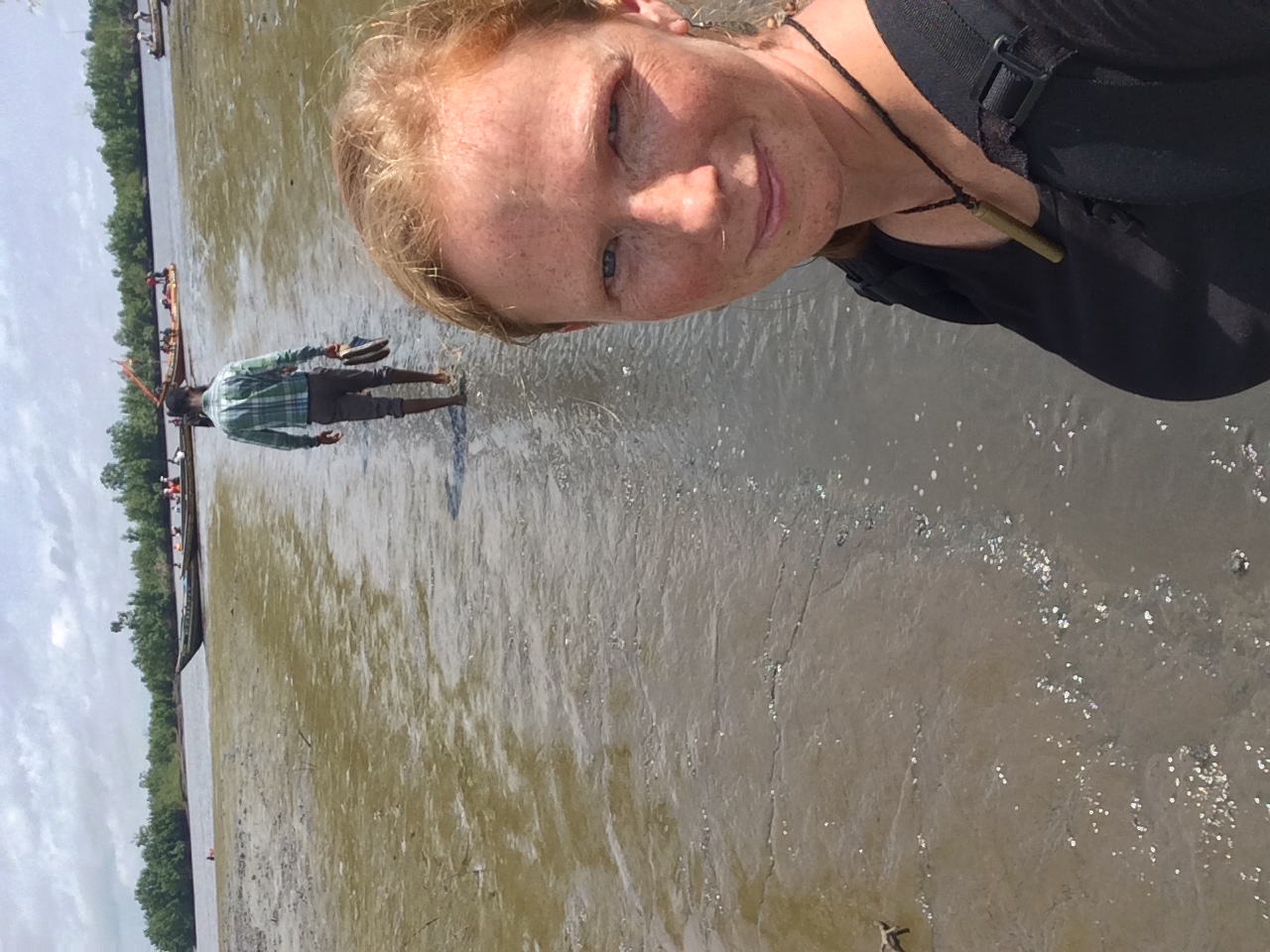 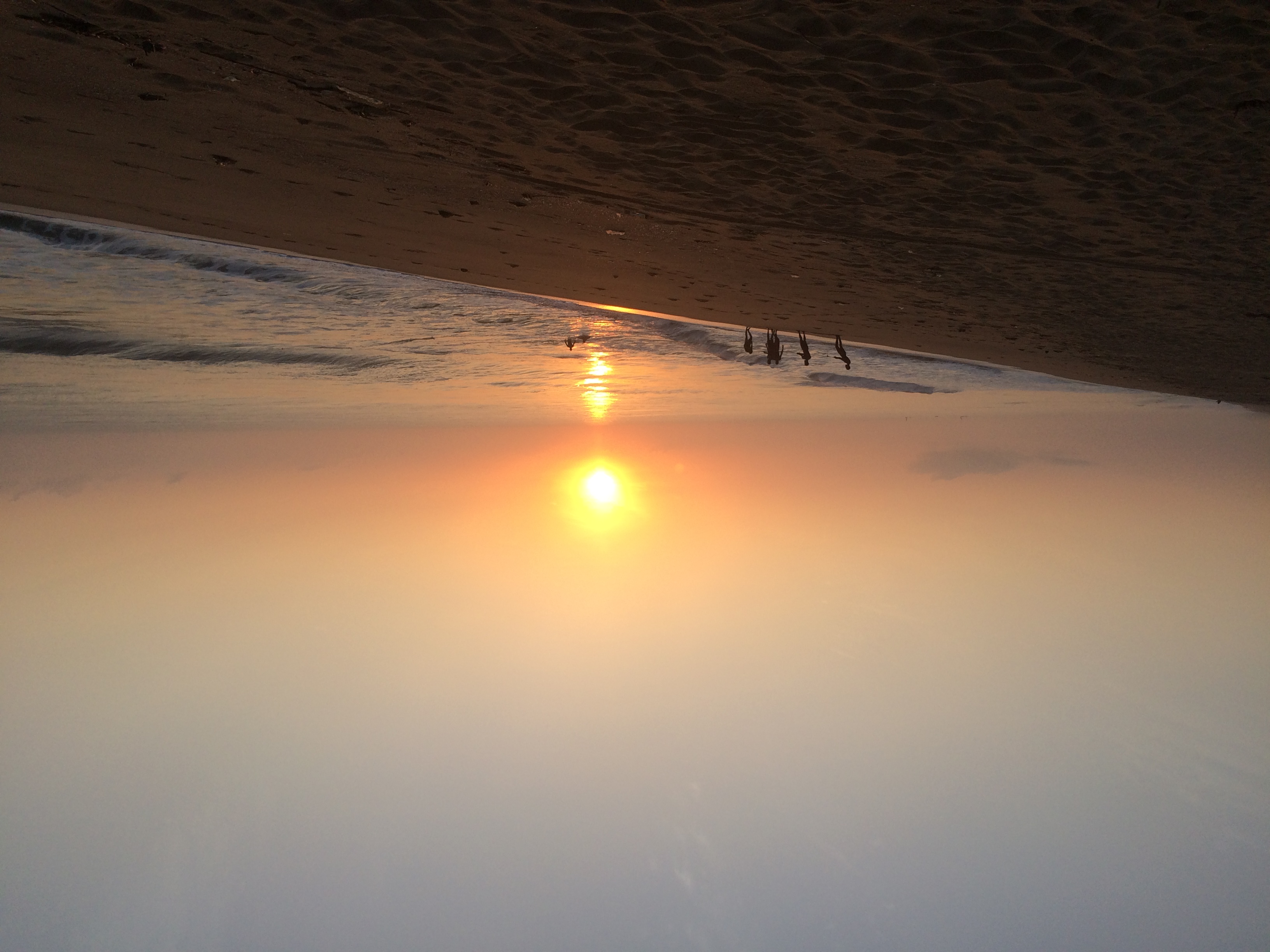 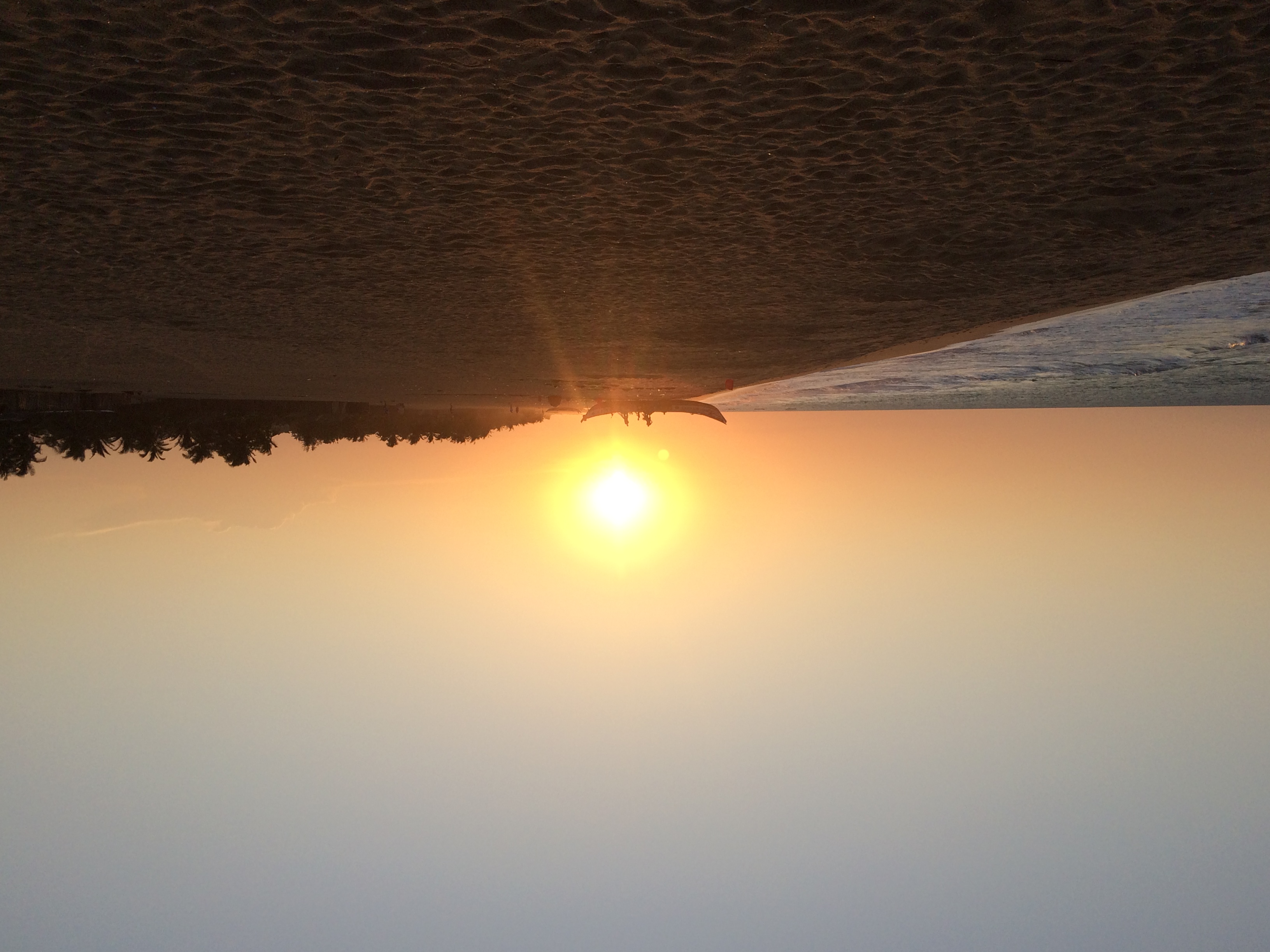 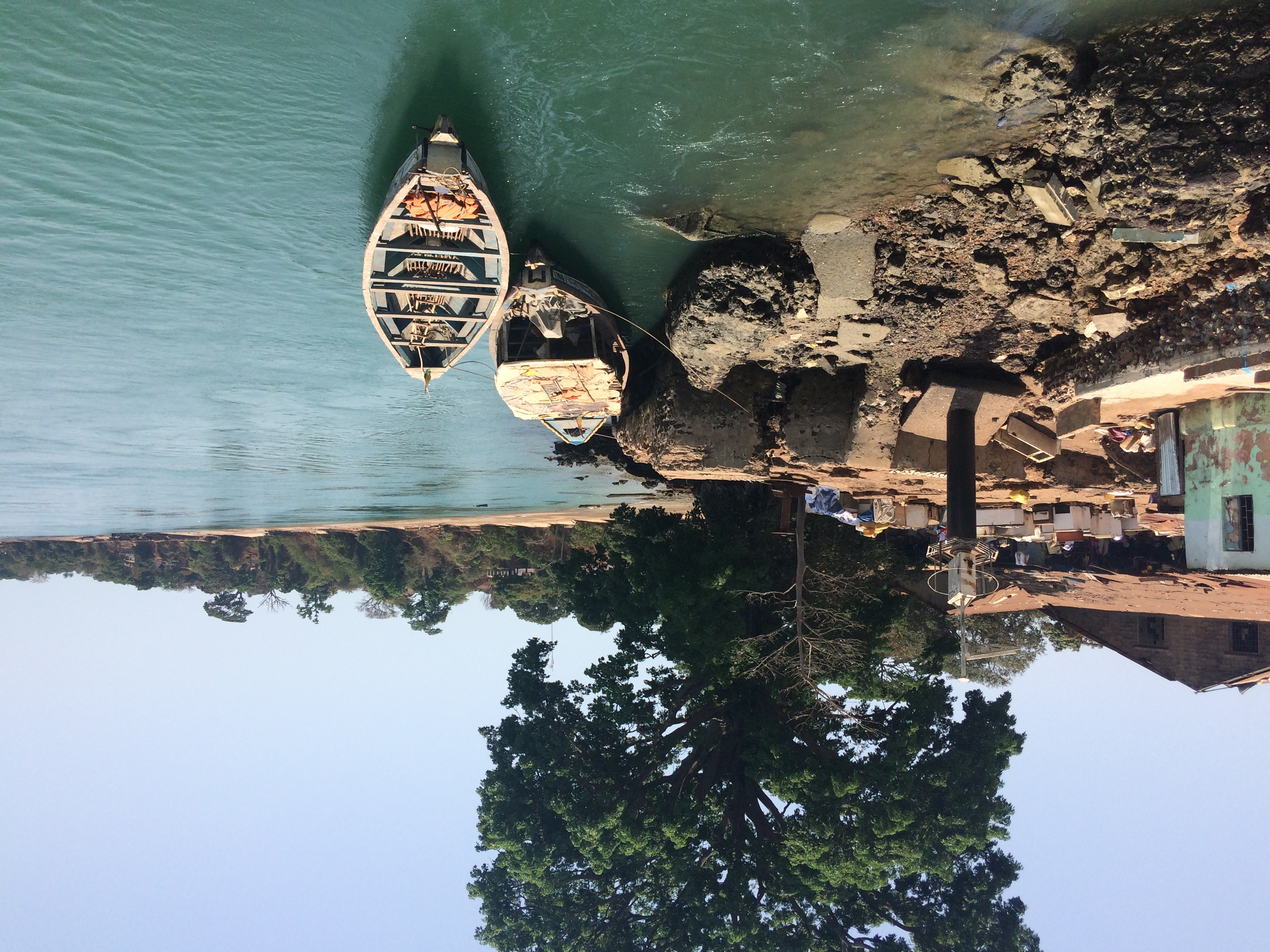 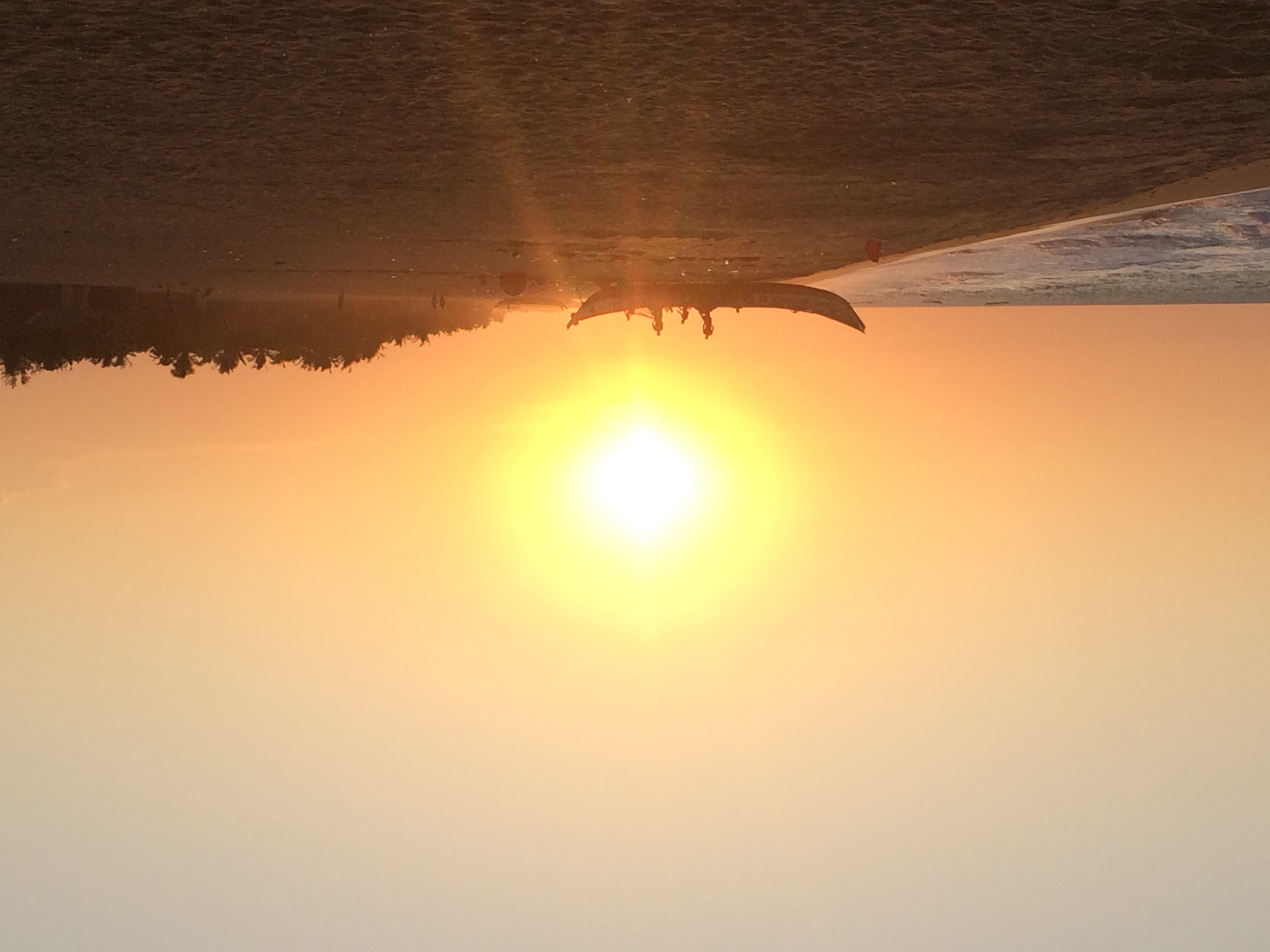 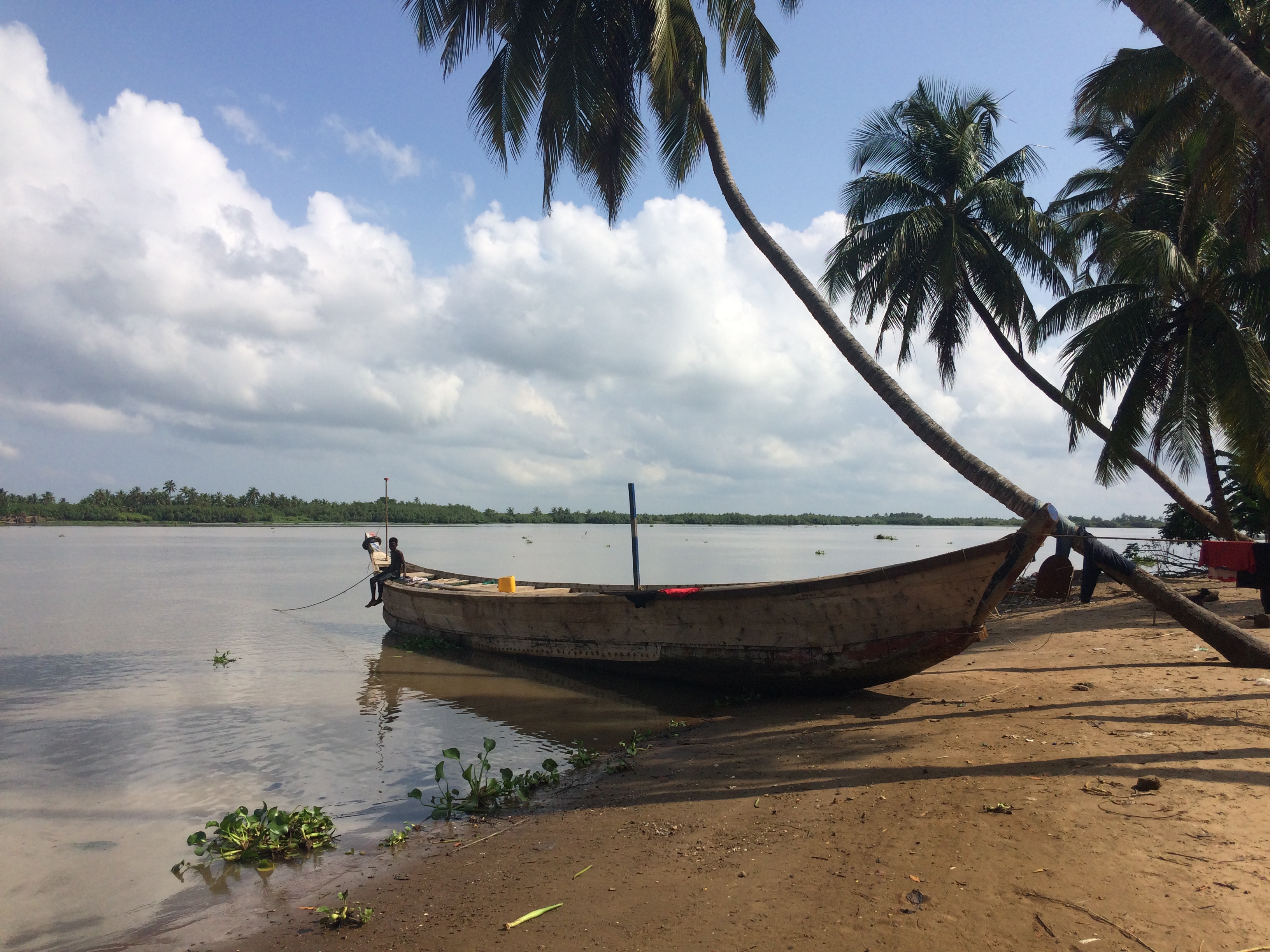 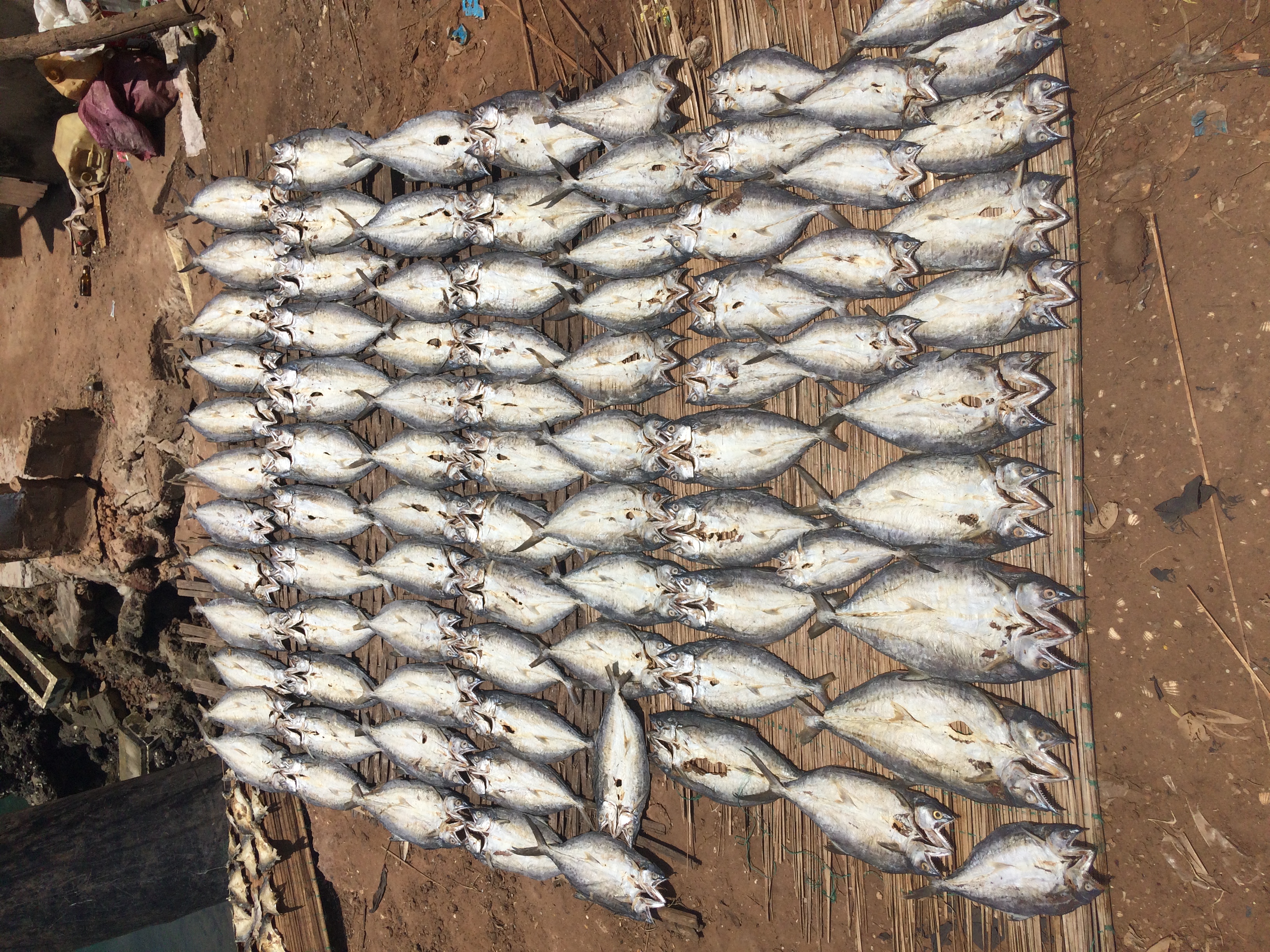 “How am I supposed to do this?” she asked, hesitant to answer my profile questions. “I’m so Canadian… can I say ‘I’m sorry’ while I show you my flair?”

While natural for Tanya Bryan (2010 Fellow) to sidestep praise, you can see her footprints in the field of marine conservation from coast to coast, and across the pond. So how did a girl from the land of the ice and snow, smack dab in the middle of the Great White North, find her life’s work in the marine environment?

“My mom had a series of Jacques Cousteau books, full color from the ‘70s,” she explained. “I’d pull them out and page through them for hours. I started collecting other full color ocean books. That was it for me. I lived in the suburbs, nowhere near the ocean, but those books unlocked it in me.”

College provided opportunities for field trips and course work by the sea in Australia, New Brunswick, and the Arctic. Her first job took her to a research station on the east coast of Canada where she officially became a resident of the ocean. With her abode moored in the Maritimes, British Columbia, and now Norway, the siren’s call of the ocean’s waves remains close.

“There’s something so strong about the pull of the marine world,” she continued. “I don’t know where it comes from but I need to work in the ocean. It was not logic; it was just one of those things. Marine biology was always the answer. What else would I do?”

Stop me if you have heard this one before. A young professional in the environmental field realizes that all the good work in education and outreach fails to change the minds and actions of the people impacted by degradation of natural resources. Trying to find a solution, a lightbulb switches on, illuminating the path forward like a lighthouse protecting ships from crashing onto the shore.

For Tanya, the switch flipped after discovering David Suzuki’s message that real impact can only be realized when you tie economics and the environment together. In essence, you have to tell your story in a language that people understand best, and the universal language of math (i.e. Economics) seemed like a good place to start.

Tanya found herself on the bleeding edge of the Blue Carbon movement in 2008, bringing attention to the marine environment through the language of economics when it was just starting to carve out a niche. By 2010, she pitched a project to the Kinship Conservation Fellows program on Blue Carbon, harnessing the power of oceanic ecosystems to combat climate change, joining a network of like-minded individuals.

The desire to become a Kinship Conservation Fellow came well before she knew of its existence. After the natural connections formed in graduate school fade and the day-to-day grind of the “real world” work environment start to take hold, it can feel like a ship drifting off course. To remedy that, we all need a crew to support one another and keep us heading in the right direction, avoiding obstacles along the way.

“It has been brewing a long time in my mind,” she remembered. “I was missing something. So, I started looking. I like the idea of economics, conservation – how do I blend these things?”

On a small island off British Columbia, Tanya clicked on a web link as the clock neared midnight that changed the course of her career. Only five days remained to apply to Kinship Conservation Fellow’s 2010 cohort but the energy and excitement she felt in that moment provided such a push that the project and application essays flowed out of her with clarity and purpose.

“It was one of those things where I had the feeling of, I’m going to get this, it’s such an obvious fit,” she remembered, in a moment of obvious pride. “These are my people. This is my tribe. I remember the moment I found out about Kinship exactly to the last detail. It was a major shift in my life and I knew it at the time.”

The Consummate Host and the Well-Mannered Devil’s Advocate

Living in Norway helps Tanya maintain a work-life balance by mandated “summer hours” and a labor law requiring a vacation of three consecutive weeks each year. To capitalize on good weather, Tanya takes boat trips with her family to islands, setting up a BBQ on the beach to pay off the hard work of the standup paddleboard on the waves. At home, you can find her holding court in the kitchen, possibly prepping to host an intimate dinner party, something she enjoys immensely.

“Most of what I do revolves around food,” she admits. “Canning, drying, and freezing food – and the joy of cooking with it all winter – but it’s the social aspect around that process that makes it truly special. There’s something lovely about knowing I have a shelf full of peaches.” Known to her friends as a “smiley, goofy, passionate person” Tanya summed it up with a classic Canadian undersell as “pretty okay to be friends with.”

(And the award for the most Canadian self-reflection goes to…)

Tanya embodies much more than that, the warm and inviting host with a Gin & Tonic in one hand and a plate of hors d’oeuvres in the other, she creates safe spaces for conversation and enjoyment. Perhaps it should come as no surprise then that Tanya plays the role of providing a different viewpoint, devil’s advocate so to speak, at work with such success. While the project sits in the calm waters of the group dynamics she helped create, her collaborative style allows her to probe for weak points without rocking the boat.

Anyone experienced with team performance knows crucial role the devil’s advocate plays to create successful projects but far too often, those that fill the role can aggressively attack ideas, resulting in turbulence and dragging the project down. Others may approach the role with meekness, getting overpowered by the headwind of a strong leader. It takes a deft approach and dexterity to split the difference and find consistent effectiveness.

That balance spills over to all parts of Tanya’s life, particularly when it comes to travel. A 4 am bus ride starts a familiar trek to West Africa with two flight connections and an 8 pm arrival, repeated in reverse at the end of the week. That trip used to take place once a month before the pandemic, which made slipping the vacation requirements in Norway possible. COVID restrictions forced her to consider life without heavy travel and it reminded her of advice received years ago:

“You might love the job but you need more than the job to love you back. If you burn out, the job isn’t enough on its own to catch you the same way that friends and family will.”

Now, the laptop closes for the dinner hour and the phone powers down in favor of outside time.

The existential question that all environmental professionals face centers on impact. Most professionals working in this field want to have a positive impact, but Tanya and many Kinship Fellows think about it constantly.

“I struggle with impact,” she admitted. “Am I actually shifting things? Yes, I did reports and trained people but is it actually making a difference?”

Tanya often wrestles with and puts great effort into the details of project development because of uncertainty regarding impact. That paralysis can leave good ideas dying on the vine for lack of action but again, like most things in life, it comes down to balance, and knowing you cannot pursue all ideas at once. She remembers early in her career feeling as though she had to do everything herself, placing a tremendous weight on her shoulders. Young professionals just starting out should heed the advice that not only do you not have to do it all; you cannot accomplish everything by yourself. Furthermore, stay flexible and listen to your heart as much as your brain.

“I’m most proud of staying true to my own path. There have been many twists and turns but this feels like the right path and I believe in it and I’ve stuck to it,” she affirmed. “I want to make sure I keep doing projects that I love. What those future projects looks like, I’m not sure.”

Maybe the only we can be sure of is finding our crewmates and setting sail to pursue what we love.

A recipe from Tanya:

Every Christmas I make a blackberry pie for our Christmas dessert as a family tradition. When I was younger, I would spend the summers at my grandparents’ cottage in “cottage country” in Ontario, Canada. While I would spend the days swimming and playing with my cousins, later in the summer, when the berries were heavy on the thorny canes, my grandmother would take us picking blackberries, alongside the roads and in the forests. While these afternoons came complete with bear bells and mosquito net hats, what I most remember was hearing my grandmother tell us stories about when she grew up in the Prairies in the Great Depression and talking about what was important to her, like taking care the land and lake around the cottage, all while getting berry stained fingers. At Christmas, my whole extended family would gather and enjoy Christmas dinner together with the highlight being the 2 blackberry pies made by my grandmother from those summer berries. I think this is where the strong connection between food, family and caring for the earth began.

(use your favourite dough recipe for the crust)

Line the bottom of your pie pan with the dough. Chill in refrigerator while you roll out the top crust.

3 Roll out top crust: Roll out the second ball of pie dough for the top crust. I usually use a lattice top.

For a solid top, place the second rolled-out pie dough crust on top of the pie. Press ends of strips into the rim of the bottom crust. Use scissors to trim the edges to 1/2-inch from the outer edge of the pie pan.

Fold the edges back over themselves and use your fingers to crimp to seal the edges.

5 Bake: Place the pie on the middle rack of the oven. Put a baking sheet on the lower rack to catch any juices that might bubble out of the pie while it's cooking.

Then place a sheet of aluminum foil over the pie to protect the edges and tops from getting too burnt. (A pie protector is quite useful here.) Reduce the heat to 350°F and bake for an additional 30 minutes, or until the crust has browned and the filling is bubbly.

Remove from oven and place on a wire rack. Cool completely before serving.

Apply for the 2022 Fellowship!